ST. george – The Trailblazers start their season in three weeks and are excited to start playing some football.

Utah Tech held a full-speed test in practice Saturday morning as preparations continue for a Sept. 3 game at Sacramento State.

“We did some things on purpose offensively and defensively,” he added. We want to see more men. Everyone got some scraps. “

As fall camp progresses smoothly, Peterson noted that key athletes on both sides of the ball are continuing to develop.

“We want to get them the reps they need and then get them healthy for our games,” he said.

Avid fans are following the position battles at quarterback and wide receiver.

While last year’s starters Kobe Tracy and running backs Bone Abbott (Hawaii) and Victor Gabalis (Washington State) could be named the front-runners for the job, Peterson said the Trailblazers won’t name a QB1 until the SEC State game.

“I think they all have their tools that they do really well,” Peterson said. We try to call plays to help their intensity. But I think it’s going to be a game-time decision, if we don’t play one, then we’re going to play a lot of quarterbacks.

Meanwhile, another strong offense competition is to determine the starting rotation of wide receivers. On the roster, Utah Tech appears to have a deep, talented receiving corps.

“We had a lot of these guys from last year, they just got hurt,” Peterson said. “The four receivers on the sideline are hurt and it’s going to cost you. So the goal is to get those guys healthy again and go full throttle throughout the season.

With three weeks until the start of the game, the Trailblazers are forming a team identity and coming together as a team.

“We’re doing team bonding,” Peterson said, adding that the Blazers recently had a team activity at Sand Hollow for some boating and fun.

“I think they’re having fun, but they’re working their tails off, and you can see that,” Peterson said. “If it’s not a grind, when they love being here, I think that’s when they build something special.”

Earlier this season, Peterson said the coaches were letting the players set the tone.

“These guys are working hard and as coaches we’re trying to put them in a good position and get out of their way,” he said. “And now they’re leading us, so it’s fun to watch.”

A preseason Western Athletic Conference coaches poll predicted Utah Tech to finish last in the conference. Their first WAC game is on the road against Southern Utah University on the 24th in Cedar City. 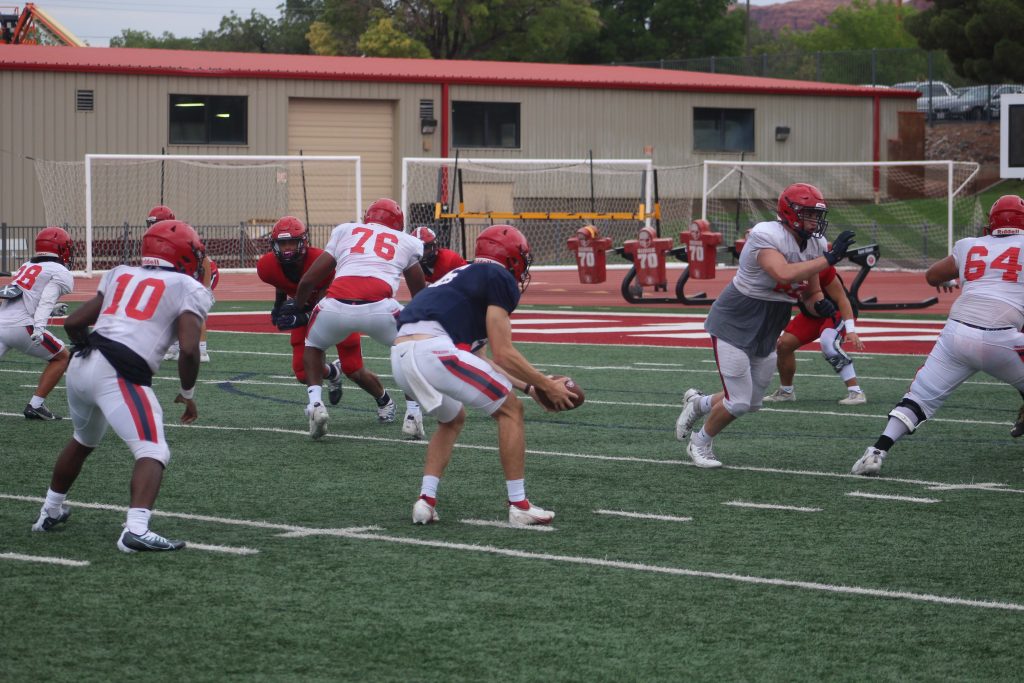 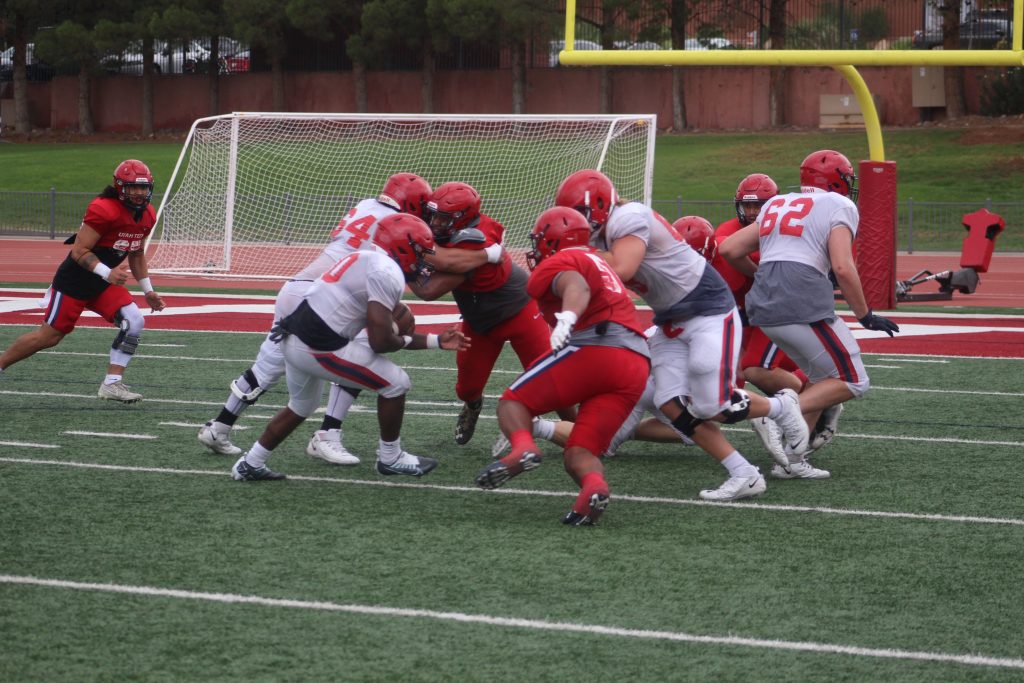 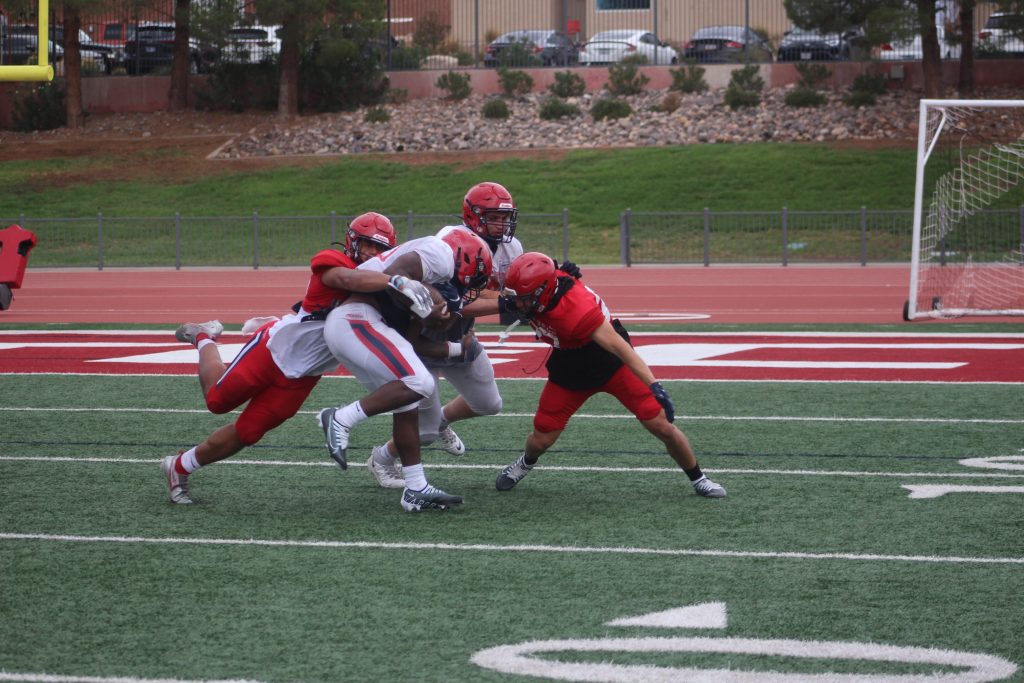 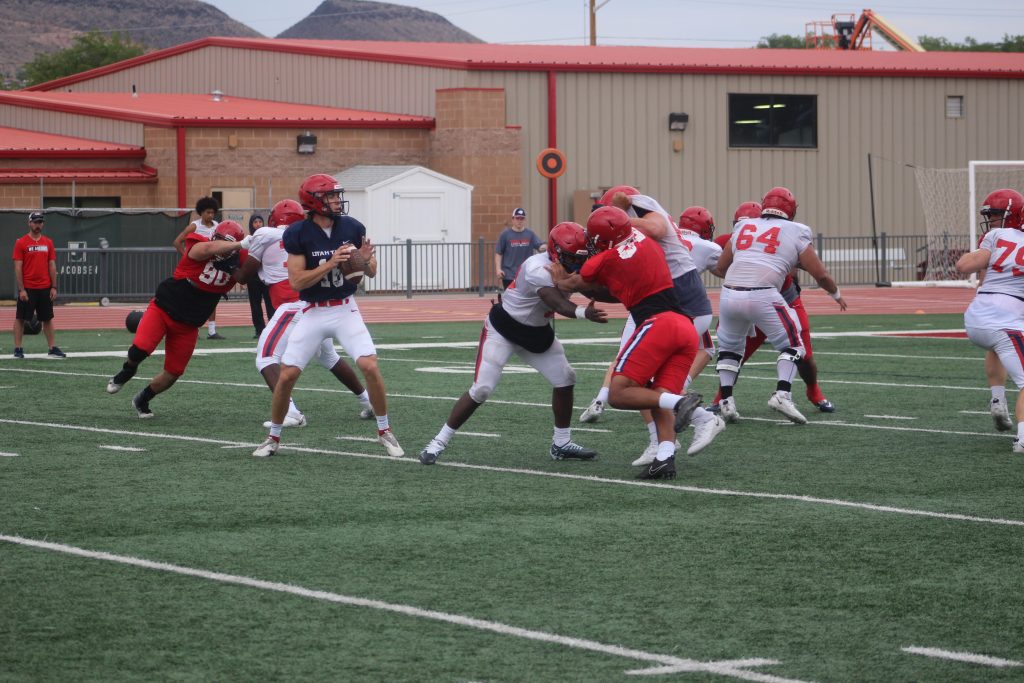 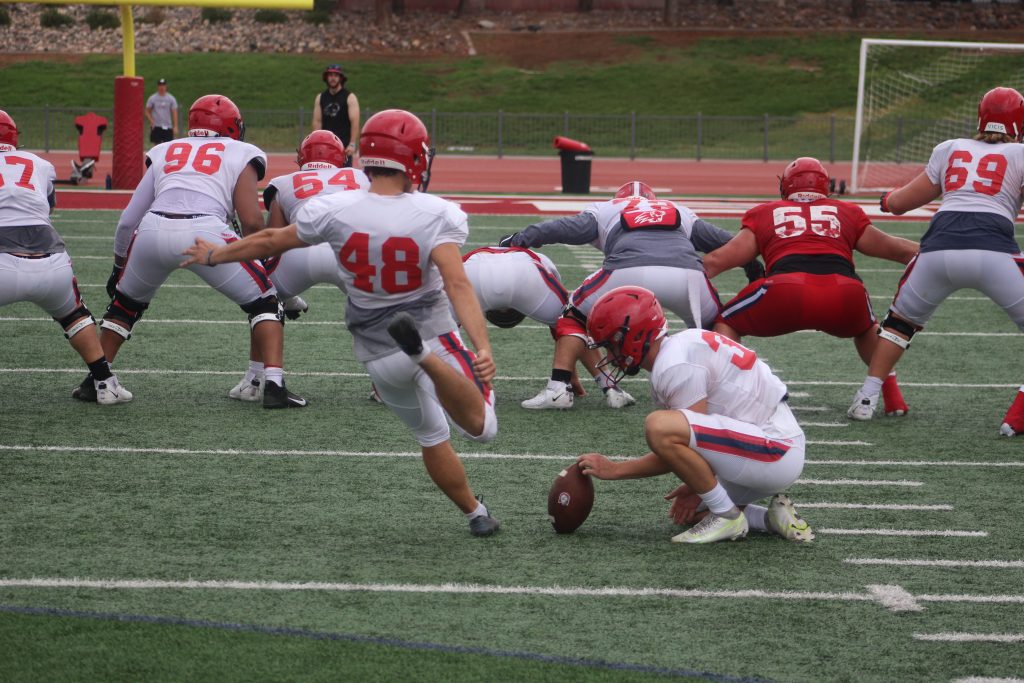 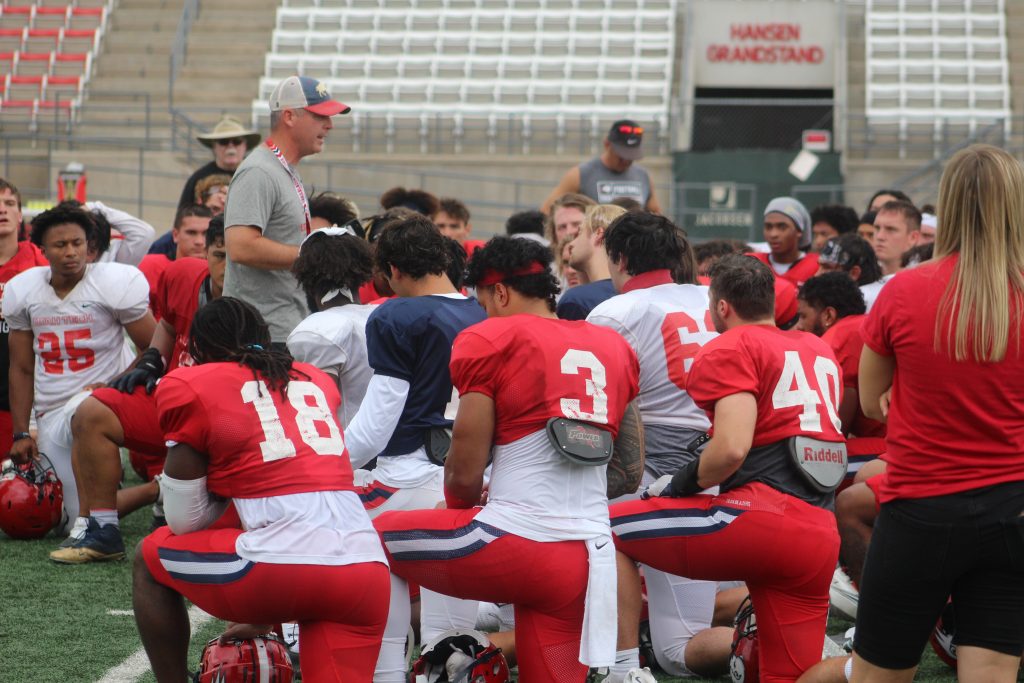 Eric George Gould came to the St. George News from southwest Colorado where he was a radio news reporter. He has worked as a journalist for over 20 years in five different states. He holds a master’s degree in English from Kansas State University and writes non-fiction. Gould has been published in Sunstone magazine and has given many public readings about local history. In his free time, he likes chess, movies and dogs.