If you were scrolling through Instagram this morning and thought you were seeing red, you were probably watching Doja Cat take the stage. Shiaparelli show. Doja Cat Fashion Week featured an entire red body of crystals – 30,000 Swarovski crystals to be exact. The singer’s entire head, face and arms are cleverly bathed in red, similar to the fiery red of Schiaparelli’s theme.

While Paris Couture Week brings the height of fashion on the runway, on the street and especially on celebrities, the Schiaparelli show can always take the drama a step further. Contemporary designer Daniel Roseberry, the designer behind Schiaparelli, is known to have made a slight distinction between art and model by incorporating sculpture into his designs.

This season, the Schiaparelli collection was inspired by Dante. fire, And gold-faced models and faux-fur dresses adorned with wildly realistic foam animal heads. Sitting in the front row, Doja Cat brought a satanic element to the show with her red crystals that glowed like the fires of Inferno. 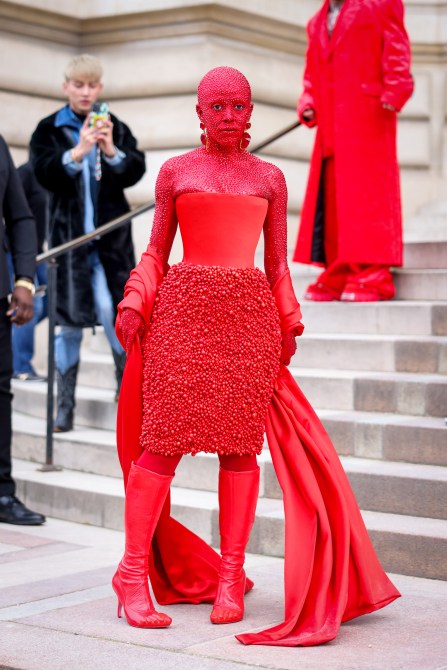 To achieve the red-hot look, Doja Cat partnered with makeup artist Pat McGrath, who was responsible for the models’ makeup on the runway. McGrath spent over four hours working with Doja Cat to cover the singer’s body in red paint and crystals. If you look closely, you’ll see crystals cover even the tiniest of Doja Cat’s eyelashes to her claws.

Pat McGrath posted the final result on her Instagram page, saying, “Doja’s incredible patience during the 4 hours and 58 minutes it took #TeamPatMcGrath to create the look covered in over 30,000 hand-applied @swarovski crystals was inspiring. The final product was a magical, mesmerizing masterpiece of lightning.

Of course, Doja Cat Schiaparelli’s outfit was a major part of the final look’s impact. She wore a red mini dress with a sharp bust and a very beaded skirt. The skirt of the dress gave the same visual effect as the crystals on the body, creating the illusion that the dress was a continuation of Doja Cat’s body. The back of the dress includes a long red train that Doja Cat elegantly drapes over her arms. For footwear, Doja Cat wore over-the-knee red Schiaparelli boots, showing off the brand’s signature toe.

For accessories, Doja Cat played up the “no necklace” trend we’ve been seeing on the red carpet lately by wearing a pair of red and gold chunky gem statement earrings. 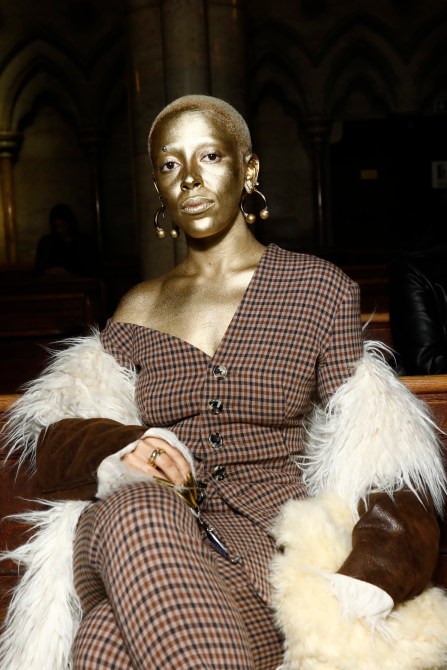 In response to negative comments about her gold makeup, Doja Kat tweeted, “I wasn’t trying to look sexy or glamorous. All my makeup has a story and there are absolutely 0 rules.

With a full month of fashion shows approaching, there’s plenty of opportunity for Doja Cat to continue experimenting with her looks.